I can't thank David Ovalle and the Miami Herald enough for publishing this article in our hometown newspaper. We've been hoping and praying for so long! Thank you so much!
Read the article below or click on the link. Please share your thoughts by leaving a comment on this blog post! And stay tuned... new post with updates coming soon! 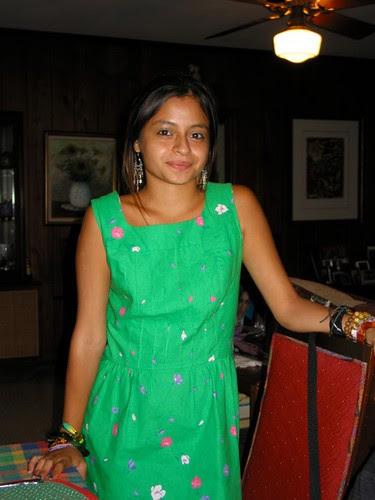 Search continues 4 years later for missing Kendall woman
Direct link to the Miami Herald article:
http://www.miamiherald.com/2011/04/03/2148943/search-continues-4-years-later.html
By DAVID OVALLE
dovalle@MiamiHerald.com
Homicide detectives have recently re-interviewed her boyfriend, who reported her missing one day after she allegedly left the apartment in her nightgown.
For nearly four years, Lucely “Lily” Aramburo’s vanishing has befuddled family and friends. They insisted the 23-year-old mother who disappeared in June 2007 would never have willingly abandoned her infant son.

They have mounted an Internet campaign to keep the case alive.

It seemed to has paid off. After languishing for more than two years with the Miami-Dade’s missing persons unit, the homicide bureau recently took over the case

The target of the investigation: her boyfriend, Christien Pacheco, who was among the last to see her alive.

In the past two weeks, homicide detectives questioned Pacheco twice, he said in an interview Friday. He even submitted to a polygraph, which he failed - results he disputes.

“It burns me up that they keep coming back up to us,” Pacheco, 36, said of police efforts. “We had nothing to do with her missing. She walked out of my apartment, on her own merit. She left.”

He said he is still wracked by guilt for not showing Aramburo enough affection.

Raised in Miami, Aramburo was a waif of a woman who had struggled with drug abuse and depression. But relatives say she was getting her life together, and was buoyed by the birth of her son, Palden.

“He knows Lily to be in Heaven,” said Aramburo’s mother, Lucely Zaldivar, 44, who cares for the 4 ½ -year-old boy. “But he doesn’t call her Mommy.”

Pacheco is not the father of her son. The couple’s relationship was stormy and fueled by crack cocaine use.

Longing for stability and fresh out a troubled stay in rehab, she moved in with Pacheco in his one-bedroom Kendall apartment at the Villages of Dadeland.

Police have arrested Pacheco, a former U.S. Marine, on a slew of minor drug and trespassing charges since 2001. He is on two years of state probation for resisting arrest with violence and driving without a valid license.

He says he’s sober now, and keeping out of trouble.

Kelly Rae Starling, Pacheco’s ex-girlfriend and Aramburo’s friend, told The Miami New Times in 2008 that Pacheco once “lunged” at her during an argument, and she had to pull the man off Aramburo.

Pacheco denies that claim, saying the fight was between the two girls.

The events leading up to Aramburo’s disappearance started the night of June 1, 2007. Pacheco, Starling, Aramburo and another friend known as E.J. smoked crack cocaine together, and later returned to the Kendall apartment, according to records.

Pacheco claims that Starling went to the bedroom, sparking a fight between him and Aramburo because Aramburo didn’t want her sleeping there. He said he went into the bedroom for a few minutes to talk to Starling. When he came out, he said, Aramburo had left.

Pacheco claims he looked for her that night, to no avail. “Maybe she was going outside to chill and relax for a few minutes, and she got into someone’s car and things went bad from there,” Pacheco said.

He reported her missing on June 2, 2007, telling Miami-Dade police that she had left the apartment at 2 a.m., wearing nothing more than a long white nightgown and toting two bungee cords. Aramburo, he told police, suffered from schizophrenia and had a history of suicide attempts, according to a police report.

“Were we a bunch of people messed up on drugs at the time? Yes, but we wouldn’t do anything crazy, like hide somebody’s body,” Pacheco said. “No. We’re not like that.”

There were some puzzling behavior that family members and police looked at. Aramburo’s mother says Pacheco didn’t call her until a full 24 hours later, and only to tell her he filed a police report. Pacheco says that in the drug-fueled haze of those days, he doesn’t remember when he called her.

The case was assigned to detective Aaron Mancha, of the missing persons bureau. In interview several years ago with The Miami Herald, he downplayed Aramburo’s disappearance, saying she had been sighted at the Camillus House homeless shelter in February 2008.

Miami-Dade police now say those sightings have been deemed not credible. One of Pacheco’s friends told investigators that Pacheco asked him to lie about one sighting — something Pacheco denies vehemently.

The case dragged in the initial months after the disappearance, her supporters say.

“I was really frustrated with the lack of help in getting the story out there in the news,” Forte said. “It was the only avenue I had to get awareness out there.”

Thanks to her efforts drumming up publicity, private investigators Ana Lanuza and Joe Carrillo, of Leverage Investigations Inc., volunteered to begin working on the case in 2008. They’re still working.

The case finally ended up in the hands of detective Hoadley, who secured a conviction last year against a North Carolina man in the 1993 south Miami-Dade disappearance of Trinity Robinson — whose body remains missing.

Detective Hoadley praised Forte’s persistence: “If not for her efforts, who knows if the investigation would have continued?”